Today, the single-tooth implant has become one of the most common treatment alternatives for the replacement of missing teeth. The most important advantage of using implants to replace missing lateral incisors is that they leave proximal teeth untouched. Implants have become the restoration of choice for most patients when the treatment option is to maintain space for the missing lateral incisor.

Upon completion of this presentation, the participant should be able to:
• Discuss treatment options for orthodontic patients who have congenital absence of maxillary lateral incisors;
• Describe the criteria that should be considered in creating a treatment plan using a single tooth implant;
• Understand how the anatomy of young orthodontic patients can affect treatment outcomes;
• Understand the proper timing for implant placement and the consequences of pre-mature placement;
• Recognize the need for augmentation surgery;
• Recognize the importance of interdisciplinary treatment planning to achieve optimal anterior esthetics. 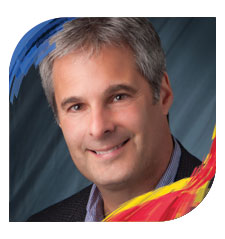 Dr. Roger Hess is in private practice specializing in periodontics and implantology and is a co-owner of Periodontal Associates in Lyndhurst, Ohio. Additionally, he has been on the faculty of Case Western Reserve University for over 20 years teaching periodontal residents and lecturing to dental students. Dr. Hess attended Emory University in Atlanta, Georgia, where he earned a bachelor’s of science degree in biology and psychology, as well as a joint degree in dentistry and a master’s degree in business administration. He completed his residency at The Ohio State University specializing in periodontics, while also earning a second master’s degree in public administration. Dr. Hess is a past President of the Cleveland Society of Periodontists and the Ohio Academy of Periodontology, as well as The Greater Cleveland Dental Society (GCDS). He has also served for many years as the Editor for the Ohio Academy of Periodontology and is an active member in the American Dental Association, Ohio Dental Association, GCDS, Northeast Ohio Dental Society, American Academy of Periodontology, International Congress of Oral Implantologists, American Academy of Implant Dentistry, International Alpha Omega Fraternity, and the Pierre Fauchard International Honor Society. He currently represents the periodontists of Ohio at the State and Regional Assembly of the American Academy of Periodontology. Dr. Hess has also served on the Advisory Board in the Division of Dental Hygiene at Lakeland Community College and the Cleveland Institute of Dental and Medical Assistants. Dr. Hess presently serves on the board of trustees of GCDS, GCDS Finance Committee, GCDS Service Corporation, GCDS Strategic Planning Committee (past chair), and the Membership Committee (past chair). He served as the Treasurer of the Ohio Dental Association while part of the Executive Committee of the ODA for two years. Dr. Hess has published papers in the field of periodontal medicine and has lectured throughout Ohio, including the Ohio Dental Association annual meeting in Columbus, Ohio. Most recently, he has reviewed scientific papers submitted for publication in The Journal of Esthetic and Restorative Dentistry. Over the last several years, Dr. Hess has organized and led the dental team participating with Medworks to provide free dental services to those in our community in need. He has been honored with an election to the Medworks board in 2014. In 2015, Dr. Hess was the recipient of the Ervin P. Mason Distinguished Service Award. Dr. Hess lives on the east side of Cleveland with his wife, Karen. They have three children, one grandchild and a black lab. In his spare time, he enjoys exercising, skiing, scuba diving, and reading.